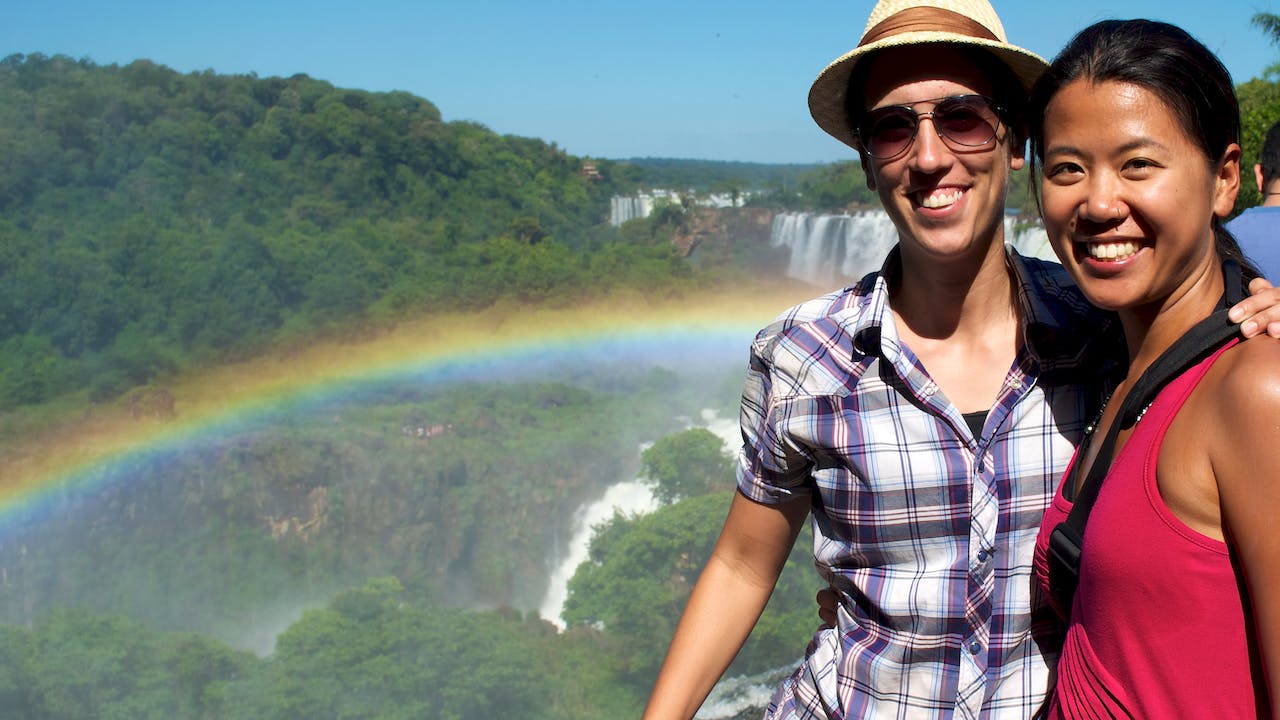 Out & Around - 80 minute version (Available in English, Spanish, German, Chinese)

Inspired to seek out stories of hope, a lesbian couple leave their lives and careers in San Francisco to embark on a year-long journey and find the international leaders of the LGBT movement. Traveling to over a dozen countries across four continents, Jenni and Lisa's poignant personal story is reflected in the global issues they encounter on their incredible adventure.

Partnered with the It Gets Better Project, OUT & AROUND is a feature documentary currently on the film festival circuit. Its soundtrack features the likes of Mary Lambert & Macklemore, Edward Sharpe & the Magnetic Zeros, Tegan & Sara and Moby; with Abbie Cornish lending her voice as narrator.

10% of proceeds from these sales will go to the It Gets Better Project, a non-profit whose mission is to communicate to lesbian, gay, bisexual and transgender youth around the world that it gets better, and to create and inspire the changes needed to make it better for them. The It Gets Better Project has become a worldwide movement, inspiring more than 50,000 user-created videos viewed more than 50 million times. To date, the project has received submissions from celebrities, organizations, activists, politicians and media personalities, including President Barack Obama, Secretary of State Hillary Clinton, Anne Hathaway, Colin Farrell, Ellen DeGeneres, Suze Orman, and many more.